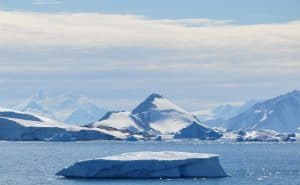 I fell hard for this erudite, madcap, astonishingly inventive book. A bookseller in Barcelona pressed it into my hands in February 2016, a few months after it was released by Editorial Minúscula. “If you want to read something that says this much”—he opened his arms wide—“then this is the book for you.” He couldn’t have put it better: Los palimpsestos’s slight dimensions belie how exceptional and ambitious it is.

Polish writer Aleksandra Lun wrote this novella, her debut, in Spanish after living 10 years in Spain. It tells the story of Przęśnicki, an Eastern-European immigrant writer who, having neglected to write his first novel in his mother tongue, is committed to a psychiatric hospital to undergo “Bartlebian linguistic reintegration therapy.” Within the walls of the asylum, he meets other patients likewise afflicted with foreign writer syndrome, including Samuel Beckett, Emil Cioran, and Joseph Conrad.

Los palimpsestos is first and foremost a book about literature: Via a daisy-chain of literary references, it offers backstage access to the phenomena of foreign writers and their decision to switch languages. It portrays Europe as a linguistic playground while offering sly commentary on the politics and privileges of artistic creation and reception, especially when shadowed by nativism.

And it more than lives up to its title: Przęśnicki and his roommate are Polish; they are in francophone Belgium; Przęśnicki wrote his first novel in Antarctic and is writing his second one on the pages of a Dutch-language newspaper; and the book itself is written in Spanish. Yet, while multiple languages are mentioned or presumed throughout, there is no trace of them on the page, with two exceptions: Wampir and Kaskader, the titles of Przęśnicki’s books. He says they are in Antarctic, though readers with a knowledge of Polish will have a head start comprehending this fantastical language. So Lun’s novella exists in a context of polyglossia while almost never providing linguistic evidence of it. In other words, in Los palimpsestos, everything is perfectly translated.

Read the rest at PEN America.

View all of plumeofwords's posts.